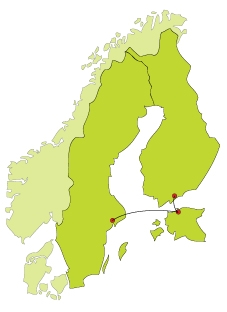 Helsinki – Tallinn – Stockholm
6 days 5 nights
Full itinerary coming soon!
Cruising the Baltic sea twice will take you to three capitals within 6 days. A perfect combination, starting in Helsinki; a unique city among Northern European countries, with a mixture of cultural influences from both East and West. Continue with a day-cruise to Tallinn, the capital of Estonia, before taking a night cruise to the capital of Sweden, Stockholm.

In Helsinki you will see the Senate Square and the Eastern orthodox Uspenski Cathedral. Other interesting places, not to miss are for example the Sibelius Park with the monument to Jean Sibelius, a very relaxing and peaceful place. Temppeliaukio Church with an interior that has been excavated and built into the rock, but is bathed in natural light entering through the glazed dome on top.

In the medievel city of Tallinn you will walk through the Old Town area, a compact maze of cobblestone streets, historical buildings and breathtaking vistas. Since 1997 the Old Town has been on the UNESCO World Heritage List.

Stockholm is often called the “Beauty on Water” being built on 14 islands and the Stockholm archipelago, with its 24 000 islands, is unique. Take a look at the City Hall, constructed in the National Romantic style where each year on December 10th the Nobel price banquette takes place. Stroll along the cobbled streets of the old town and find your favorite corner of this city that is full of variation.

Please complete the form below and we will get back to you shortly.